Zeus has punished his son Apollo–god of the sun, music, archery, poetry, and more–by casting him down to earth in the form of a gawky, acne-covered sixteen-year-old mortal named Lester. The only way Apollo can reclaim his rightful place on Mount Olympus is by restoring several Oracles that have gone dark. What is affecting the Oracles, and how can Apollo/Lester do anything about them without his powers?
After experiencing a series of dangerous–and frankly, humiliating–trials at Camp Half-Blood, Lester must now leave the relative safety of the demigod training ground and embark on a hair-raising journey across North America. Somewhere in the American Midwest, he and his companions must find the most dangerous Oracle from ancient times: a haunted cave that may hold answers for Apollo in his quest to become a god again–if it doesn’t kill him or drive him insane first. Standing in Apollo’s way is the second member of the evil Triumvirate, a Roman emperor whose love of bloodshed and spectacle makes even Nero look tame. To survive the encounter, Apollo will need the help of son of Hephaestus Leo Valdez, the now-mortal sorceress Calypso, the bronze dragon Festus, and other unexpected allies–some familiar, some new–from the world of demigods. Come along for what promises to be a harrowing, hilarious, and haiku-filled ride. . . . 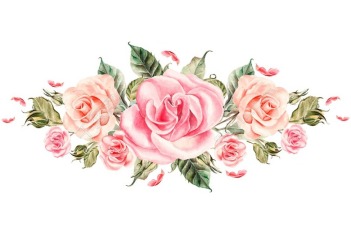 The Dark Prophecy is the second book in the Trials of Apollo, a series focusing on the god Apollo who has been cast down to Earth as a mortal and forced to complete a quest to save everyone. I have a review up for the first book, the one before this review on my blog. I will also warn that there may be a few minor spoilers for book one, but if you’re not too bothered by that then read ahead, friends!

The Dark Prophecy may be my least favourite of Rick Riordan’s books ever. It was just not enjoyable for me. I felt the storyline just fell flat. There wasn’t as much going on and at times it felt that nothing was furthering this story. It was annoying, honestly, and made for a relatively boring plot line. I mean, there were some interesting points but at some points, I felt that there were too many storylines happening within this particular one.

The second book in the Trials of Apollo picks up soon after the first book. We have Leo, Calypso and Apollo ride off on Festus, a mechanical dragon that Leo helped in The Heroes’ of Olympus. Apollo must defeat the next emperor in order to reclaim his oracle. Honestly, I don’t have much of an idea of what really went down in this book. I was pretty confused and I’m not sure if it’s because I read the book fast or simply because it wasn’t explained well. I feel that Rick Riordan really used his name to push this crappy book through.

I realize I did just complain about this but the storyline was fast. It was action filled and I think that’s what led to a lot of my confusion throughout the book. I typically love when a lot happens in a book but I just wish that this one had slowed down a little. Maybe it’s because I’m older but I just feel like these characters deserve a nice nap. I also got lost in the Greek/Roman mythology and kept jumbling them.

Reading back I realized that this should be in dislikes but I did enjoy the storyline.

Every character but our lead had some great character development. They’re all growing and realizing things (wow, Kylie Jenner is up in here). A lot of characters come to a standstill in Rick Riordan’s second books, in my opinion, but I feel like the cast, overall, was being pushed forward which made for an obviously more enjoyable story.

Why did one of my favourite couples have to be in the worst books? I have a theory that f/f couples are literally the best to read about. They always make me giddy and the couple in The Dark Prophecy was no different. Emmie and Josephine are ex-Hunters of Artemis who fell in love with each other and left. It is bittersweet. They take care of the Waystation now, where Hunters drop in every now and again and help care for them. I loved it. Their added storyline was one that made me really happy to read, but also really sad.

I’m still stoked that there was an f/f couple. If only Rick Riordan would put one at the centre of his books. There aren’t enough in fiction, especially YA and middle grade.

This has to be my biggest complaint. Obviously, we’ve already read one book from Apollo’s perspective, but it felt that everything he had done in the past book was gone. It had literally disappeared and he no longer cared again. It just felt like we were starting from scratch. At times his voice throughout the novel grated on me as well. I read all three books very close together and this was the only one that did that to me.

Apollo is obviously going to be a jerk and will not change 100% by the end of this series, I’m just still so annoyed because he had gained some sense of caring throughout The Hidden Oracle and The Dark Prophecy had it gone.

I did not read a whole book to have my time wasted in a second, no way.

I can see what Rick Riordan is trying to do, he’s trying to show fans of his other series the happy endings of the previous characters they wrote. However, it just felt weak at times. Maybe it’s because I don’t care about either Leo or Calypso but it felt that at times their bickering and post-war romance took over. I really didn’t care. Obviously, the previous book had included Percy Jackson, which I had no problems but, it just felt different here.

It really just felt like Rick Riordan was trying too hard, that he had no idea what he was doing throughout this book.

Overall, The Dark Prophecy isn’t a bad book despite all my complaining. I did enjoy it but after reading every other of Rick Riordan’s books it just didn’t live up to the standards I had for this. I don’t know if it’s the voice of Apollo completely or simply the fact that I’m a picky bitch. Who knows, hopefully, the third book is better or I may just have to give up on this series.

One thought on “The Dark Prophecy by Rick Riordan | Review”