Thank you Harper Collins Australia for sending me a full copy in exchange for an honest review. Receiving a copy of The Darkest Legacy didn’t impact my thoughts or feelings on the novel. All thoughts and opinions are my own. 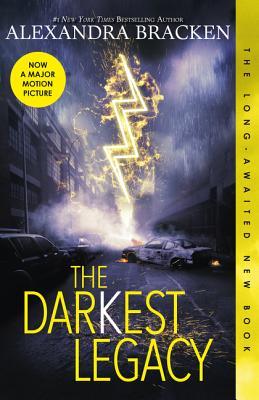 Five years after the destruction of the so-called rehabilitation camps that imprisoned her and countless other Psi kids, seventeen-year-old Suzume “Zu” Kimura has assumed the role of spokesperson for the interim government, fighting for the rights of Psi kids against a growing tide of misinformation and prejudice. But when she is accused of committing a horrifying act, she is forced to go on the run once more in order to stay alive.

Determined to clear her name, Zu finds herself in an uncomfortable alliance with Roman and Priyanka, two mysterious Psi who could either help her prove her innocence or betray her before she gets the chance. But as they travel in search of safety and answers, and Zu grows closer to the people she knows she shouldn’t trust, they uncover even darker things roiling beneath the veneer of the country’s recovery. With her future-and the future of all Psi-on the line, Zu must use her powerful voice to fight back against forces that seek to drive the Psi into the shadows and save the friends who were once her protectors.

I was a bit nervous going into The Darkest Legacy. I had read The Darkest Minds series two years ago when I was still new to the book community and loved it. However, I remembered almost nothing from it and over the years my reading tastes have changed quite a lot. It seemed I had nothing to worry about because this book was amazing. I was absolutely thrown back into the dystopian world I had grown to love in the original trilogy and given an even better lead character, Zu. This book basically had everything I love in an urban fantasy/dystopian/fantasy novel. It had snark, romance, and action. The endless action that had me gripping the book for dear life. Honestly, it was thrilling. It’s been a while since I read a book that wasn’t a romance and this was a good book to jump into.

I also want to mention quickly here that this review may contain mild spoilers for the previous The Darkest Minds series. If you haven’t read them I would advise coming back after. With that, I would also recommend reading the original trilogy before trying to jump into this one. There is a lot of character development and references that will make a lot more sense. This continuation is definitely not a spinoff.

The Darkest Legacy follows Zu, who we know well from The Darkest Minds. Zu is a yellow, which means that she can control electricity. However, since the events of In The Afterlight she is now working with government, along with Chubs and Vida. Liam and Ruby have been missing for years, has taken off due to their own free will. The Darkest Legacy by Alexandra Bracken starts off with a bang though. We are instantly thrown into a chaotic world and a series of events after Zu is blamed for a terrorist attack. Forming an uncomfortable alliance with Roman and Priyanka, Zu goes on a mission to save her name and find Ruby and Liam. There is just so much to this story and honestly, I don’t want to say too much on this plot because I feel it’s best to go in not expecting anything. There is secret keeping, murder, and a sweet romance that kind of makes you want to gush.

Where do I even start with what I actually liked about The Darkest Legacy? Hell, I gave it five damn stars. I think my favourite thing was Roman and how he constantly got common English phrases wrong. It was amusing as heck and made me laugh so much. Roman is Russian and English is obviously not his mother tongue but he tries so hard. I just loved Roman actually. Fun fact: I am actually a quarter (I believe) Russian. So, I obviously love when characters in books are as well. However, Roman was a mixture of the biggest softy and badass. It was an interesting mixture but I loved how Alexandra Bracken merged the two together.

Priyanka and Zu were also so fucking kickass. The pair of them were badass ins o many different ways that I am struggling to even draw an example. I loved the way the pair worked together and how the skills Vida had taught in the previous books were implemented through Zu. I absolutely love female characters in books and additionally, I am here for supportive female friendships. I am so happy to say The Darkest Legacy had that. Which is a major fuck yeah.

My biggest problem with The Darkest Legacy was that one of the ‘evil’ characters is someone who likes females – I can’t specify sexuality because it is never discussed in full. I feel this will change with the sequel but I did find it a problem while reading at some points. I know a lot of people who do like females get annoyed when characters who also do are evil or killed so I just wanted to mention it. Again, I do think this will be an issue resolved in later books but for now, it was like eh.

My only other complaint was that I was so involved in The Darkest Legacy that 569 pages weren’t enough story for me. I desperately was flipping the pages wanting more. Especially with where the book leaves off. I can’t believe that it’ll be a whole years wait before the sequel to this releases. At least The Darkest Minds movie will come out before then.

Overall, Alexandra Bracken creates yet another spectacular dystopian world that I don’t want to live in. The story has all the key elements to keep you absolutely riveted and engaged. The writing style has only improved and the character development is spectacular. Not only that but the diversity is present in the story which makes it even better. Ultimately, The Darkest Legacy left me speechless. I loved the kickass characters and the sprinkling of romance throughout is barely enough to mention, which is how I love fantasy books to be.

9 thoughts on “The Darkest Legacy by Alexandra Bracken | Review”